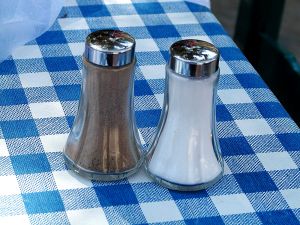 Did I catch your attention with that title? Well, then this post might not be about what you think it is. 🙂

My hubby and I took our 2 year old out to dinner the other night (his big brother was at a birthday party) and we enjoyed some family time at our favorite Mexican place in town.

Toward the end of our meal, my hubby says to me,”Don’t look now, but I think the couple behind us must be a new couple.”

This has become a little game for us. Even when we were dating, when we were out in a restaurant, we’d watch other couples and determine what was up with them.

I remember one time when we were engaged, my hubby pointed out a couple near us in Ruby Tuesday’s. “They’re fighting,” he said.

“Watch. He’s not going to order food, but she is. Just look at their faces.”

Sure enough, Hubby was right. Guy didn’t order while gal ordered something and stabbed at it like she was trying to kill it, and they barely spoke two words to each other the entire meal.

So at dinner the other night, I waited until we were leaving to casually stand up and do a little “I’m-wiping-off-Little-Man’s-face” spin to check out the couple behind us.

And they were both sitting on the same side of the table.

On the same side.

“Nope, not a new couple,” I said. “New couples like to look at each other.”

“Then why would they sit on the same side?”

“I have no idea.” I shrugged. “Because they’re weird?”

Now, no offense to any of you who might be same-sided in preference. But I find it weird. Totally weird.

Sure, sitting on the same side of the table might give you more touchy-feely time (watch out for guacamole!) but it leaves two seats open across from you. Noticeably and obviously open.

And when I’m talking to my hubby over dinner, I want to face him so that I can look at him. I want to see his eyes, read his expressions, and watch him laugh.

Perhaps they were waiting for another couple to show up, you might reason.

Nope. They’d already received their entrees when we were leaving.

Share with me: Are you a same-side couple or an across-from couple? If you’re same-side, what’s up with that? Why do you prefer it?

Inspiration of the Week:  I’ve been catching up on episodes of Hawaii Five-O, and I think Alex O’Loughlin is pretty. Very pretty. 🙂 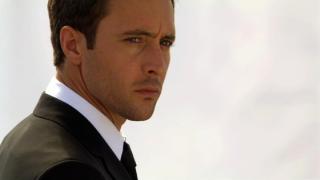