Worst Break Up Excuses EVER 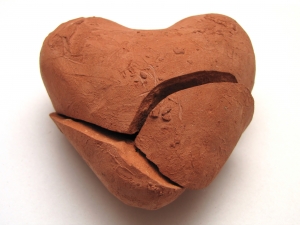 We all hate that moment–the one where you know the relationship is over and now you have to do something about it.

Thankfully I haven’t had to break up with anybody in a long, long time and I don’t plan on having to do it ever again. (I love you, babe!) but being broken up with is the pits. I’ve made a collection of some of the worst break up lines and the reasons why.

The Psychologist — it’s not you, it’s me. And then he’ll offer 100 reasons why it’s really you.

The Gut-wrencher — I’ve met somebody else. This one hurts the worst, I think, because now you’re automatically thinking, “I’m not good enough. She’s better.” It’s the most painful.

The Vanisher — he doesn’t call, he doesn’t write, he simply disappears from the face of the earth and hopes you’ll take the hint. Coward, I say.

The Holier-Than-Thou — God doesn’t want me to have a girlfriend right now. Yech. I hate this one the most because it was used on me once. But a week later, dude was dating a new girl. Hmmm. Wonder what God said about that.

The Player — we need a break. This is code for “I want to get with someone else and still have a chance to get back with you.” Your answer should be no.

The Scaredy-cat — Sends a note or text or leaves a voicemail saying the relationship is over. I was guilty of this once. Ouch.

The Animal Rights Activist — Your cat has feline leukemia you say? That’s airborne. I have a cat too. Here’s some money for a cab. We can’t see each other anymore. My husband actually used this on a poor, unsuspecting young lady years and years ago. Yep, he loved his cat more than he liked the girl. Lucky for me, I suppose.

The Liar — I just don’t love you anymore. Either he never did or he still does, but either way, he was lying at some point.

The Romantic– It’s just not our time. Oh, please. It probably never will be if you stick with this drama queen.

The Waffler — Let’s just take it slow. When he’s with you, he says all the right things and treats you like the only woman in the world, then doesn’t call for three weeks. He’s out and he’s in. Drop this one quickly or he’ll make you crazy.  Maybe use one of the excuses above.

Share with me: What are the worst break up lines or excuses that you can think of? Any really bad ones ever used on you?

13 responses to “Worst Break Up Excuses EVER”